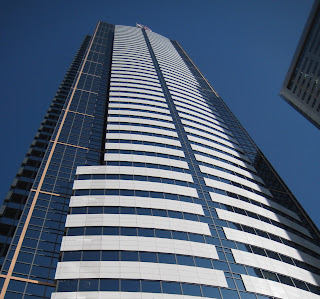 Bowling Green, KY - The FSRI (Faking Smart! Research Institute) announced early this morning, from its branch media locus in Bowling Green, Kentucky, that due to an escalation in violence and lack of regional stability it is withdrawing all but essential staff from its Tripoli offices.

"This decision was based on serious consideration of the safety and well-being of our staff," said Ella Foster, FSRI VP of Media Relations.  "What we don't want is to see one of our HR people drawn inadvertently into a civil war," she said.  "That's plain and simple bad for business..."

When asked if the FSRI has enjoyed the favoritism of the Libyan strongman, Muammar Qaddafi, over the past several years, Ms. Foster was quick to respond: "The FSRI has always had a policy of remaining neutral when it came to Qaddafi. That Qaddafi has been an advocate of the FSRI and a gracious host to many banquets and polo events in our honor has never influenced our working relationship with either Qaddafi or his regime.  Nor has his vast reserves of sweet crude had anything to do with our close ties. That Qaddafi has demonstrated psychotic fugues and exercised the wonton slaughter of thousands of his countrymen has also had no bearing on our judgement of the Libyan leader's business etiquette or corporate style."

When asked if the FSRI plans to return to Libya after the unrest has abated, Ms. Foster added this:  "When Libya wants the FSRI back, we will be there.  When the people of Libya have spoken, they will have said something with intent, and that's what we've come to appreciate about Libyans.  They know what they're saying and when they're saying it."


The FSRI staff has established temporary headquarters in Monaco while events in Libya continue.