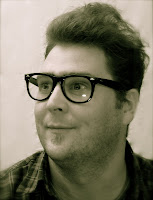 Thanks for joining me here at the Weekly Roundup. I hope everybody had a good week. I didn't, but that's not important.

Right off the bat, I was glad to hear that Hainan Airlines is getting ready to offer non-stop service between Seattle and Beijing starting next June. I predict this will help the stagnant Chinese food industry in the Northwest by cutting delivery times (and cost) by a lot. (And yes, this will totally increase delivery ranges as well...) Time to buy into Chinese food stock if you haven't already. I suggest The Mandarin Buffet or The Great Wall as top picks.

Which brings me to the Chinese toy recall announced by Mattel last week. According to CNN Mattel is recalling 1.5 million toys sold in the U.S. due to paint tainted with lead. I don't know this kid but why he needs so many Chinese toys is beyond me. And the dad that has to bring all those toys back to the store deserves what's coming to him. In my generation spoiling a kid like that was unheard of. We didn't have toys back then, either. They weren't allowed in the closet where I grew up, and I'm pretty sure the same went for my imaginary friends.

As for landscaping news, The Wall Street Journal announced on Friday that hedge funds were able to "rack up big profits" despite the gloomy forecast on the economy. Which proves my theory, that no matter how bad things are out there people will always find money when they need their lawn cut. Hedges are worse than lawns, but if you want my opinion, there should be more funds and fewer hedges. Get rid of your hedges, guys, and put your money where it will do you some good ...like in the livestock market.

Now, for the street-beat new product hunt I came across this little nugget about duct tape accessories in the NY Times. For those of us (yes, that includes me) who have invested steeply in the scotch tape and electric tape industries, this bad news. Now that duct tape has gotten over its "innovation hurdle" and gone into diversified product status I suggest dumping your tape interests and sticking back to the old glue sector. No, ...you can't make a handbag out of glue, but then again, you can't glue a quarter to the floor with a handbag.

Lastly, KWA the FSRI and myself send out our condolences to the victims of the bridge collapse in Minneapolis. The good news is that this catastrophe has raised awareness of the poor condition of many of our country's bridges. The bad news is that the new 35West bridge is not expected to be finished till 2009. Expect big delays for anybody still trying to get to work by this route. You'll need to find a place to park, a rubber raft and somebody to pick you up on the other bank once you've made it across. I don't know about you but that sounds like a rough commute ...just to get to work, pour yourself a cup of joe and fall asleep for eight hours before going through the whole thing again. Look for a spike in rubber raft and lifesaver manufacturer equities.

Until Mr. Thoms adjusts to posting regularly on the interweb he will be posting through the FSRI's official account.
Posted by Karl Wolfbrooks Ager at 8:28 PM