Get Ahead by Getting to Work on Time! 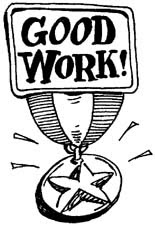 Even though we’ve advocated spending as little time as possible at your office (your assistant has been able to handle just about anything you’ve been required to do), today we want to emphasize how getting to work on time becomes an important rule to adopt as you make your move up the corporate ladder.

Why get to work on time, you may ask? Well, there are many reasons: first, you are better able to absorb developments as the collective hum of a typical business day unfolds if you’re there at its start; second, you demonstrate to others that you are committed to your work and that you are executing your job with a seriousness and determination that any valued and valuable employee should; third, creating routine is healthy, both mentally and physically, and excellent for your general well-being.

Come in early! Hey, if you can, get to work 15 to 30 minutes early to take advantage of that “quiet” moment before your office hits its hectic pace. Coming in before others do might also give you the opportunity to sit down and go over emails, check out important business-related updates …and perhaps this “moment of peace” will allow you to tackle impending projects and challenges with a fresh perspective. 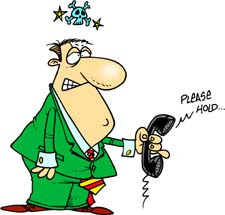 Sometimes offices develop their own internal rythms and "start" time might be earlier or later depending on tradition or for reasons of practicality (some West Coast companies who have clients on the East Coast have to start their days earlier due to time differences--likewise, some East Coast companies who deal mostly with West Coast clients are forced to adjust.) Observe and adapt! Whatever the case, when you're at the office for a full day you are helpful, informed and most importantly "there" when called on to lend a hand!

Posted by Karl Wolfbrooks Ager at 10:03 PM No comments:

This is the post you've all been waiting for. If you have a minute or two this holiday week, jot down a couple of sentences in the "Comments" section about your personal tale of corporate success.
Times are tough, and that's why we're going through some tough times. Hopefully your story will help to encourage others.
K.W.A. and the FSRI
Posted by Karl Wolfbrooks Ager at 9:47 PM 3 comments: 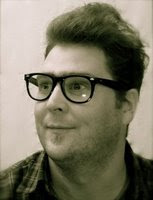 Hey, what's up. Whatever...
Just wanted you to know that I'm reviewing a book this week for the FSRI. It's Frances Cole Jones's The WOW Factor, The 33 Things You Must (and Must Not) Do to Guarantee Your Edge in Today's Business World (Ballantine). The FSRI offices received a copy in the mail, and I guess they needed someone to decide if it was worth a read.
First off, I want to let you know that I was excited to read the book because I thought it was gonna be about WOW (World of Warcraft) and not about business stuff. When I realized it wasn't about the game I was a little pissed off. Then I figured ...what the heck, I'll read it anyway. I never thought I'd say this, but after reading most of this book (the most important parts) I can say, without hesitation, that I completely recommend it. Here's why:
This Frances chick has laid it down. She, like, wrote about 33 things that can make you a better employee. Stuff like ...Look for Angels Wearing Overalls, The Six Layers of Why, Have a Thick Face, Keep Current Outside Your Comfort Zone ...and all kinds of suggestions like that. Now, I don't really know what this stuff means, but it sounds pretty cool. In fact, I'm thinking of using some of this stuff when I get a job ...I think early next year. Anyways... I'll give you my favorite and least favorite parts of this book.
FAVORITE: At the end of the book Frances drops some serious lines about how we should think about becoming successful. Here's some of them from her section "Don't Ask Permission" on page 174: "Every New Year's Eve, instead of picking a resolution for the year, I pick a motto: a mental bumper sticker that will exemplify how I will move through the world over the coming twelve months. Recently, that slogan was "Don't Ask Permission." It's no coincidence that with that slogan driving me, I sat down and wrote How to Wow."
How to Wow. Huh? I don't know how that fits in with a bumper sticker on her head saying "Don't Ask Permission" but it got her to do something important, and that's good enough for me.
LEAST FAVORITE: Her section on manners. On page 54 she starts getting "preachy" by saying all this stuff that you shouldn't do when working at a job. Here's a few examples: 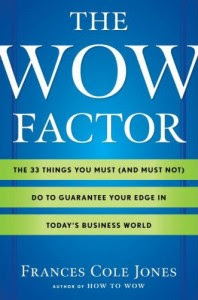 1. "Wash your hair. Clean your nails." Sheesh, sounds like my mom!
2. "Political buttons, religious pins, Star Trek badges, etc., have their place, but not in interviews or during business occasions." Pleeeeeeease!!!!! If' I've got a rare Star Trek pin, I'm wearin' it, no matter what anybody says!
3. "Don't drink." What? Don't drink while working? Oh, come on! Give me Mountain Dew or give me death!
4. "Please do not wear your sunglasses, either on your face or on your head." Man, is this lady serious, or what? Reminds me of my old piano teacher.
So, there it is, my first frickin' book review for the FSRI. Happy now? I don't know if this helped you figure out if you want to buy it or not, but if you do, just be ready for hearing a bunch of stuff your mom might tell you. Which reminds me, I have to clean out the gutters sometime this week. We had some basement flooding during last week's rainstorm and she's all over me to make sure there's no leaves up there plugging things up. Sheeesh. Well, having the basement apartment puts this on the top of my list.
Out,
Decateur
Posted by Karl Wolfbrooks Ager at 10:02 PM 2 comments: