Austin, TX. - In a surprising and unconfirmed move today, the FSRI (Faking Smart! Research Institute) announced that is has made an offer to the board of directors of Southwest Airlines today to purchase the floundering airline.

"We don't know anything about it," said Southwest Airline baggage handler, Toby Carmichael, during a cigarette break outside the baggage claim terminal.  "If that happens, well, I don't know what I'll do.  I guess I'll just have to see what goes down."

The FSRI has been threatening to buy a large stake in a major airline now for some years.  According to executives familiar with the process, however, plans have, until now, been scuttled due to a lost suitcase on a 2008 US Air flight from New Jersey to Phoenix carrying vital FSRI corporate take-over documents.  Even though US Air officials state that they are still tracking down the lost baggage, the FSRI has decided to continue with its plans to take over a corporation. 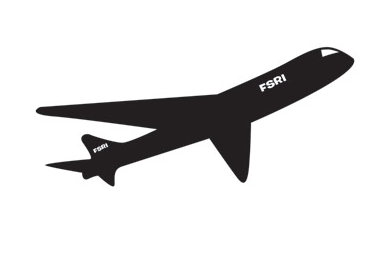 Posted by Karl Wolfbrooks Ager at 11:36 PM No comments:

How about Sushi for lunch?

Sam, one of our VPs in Sales and Marketing, came by with this treat for himself yesterday.  He called it Sushi.  Apparently, there's a shop just around the corner from our world headquarters that sells this stuff.  We asked Sam how it tastes and this was his answer: 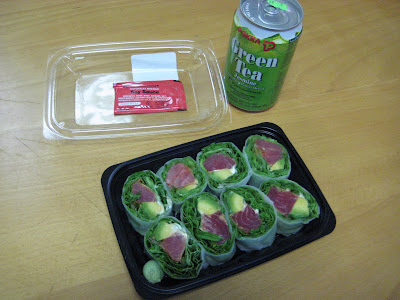 Posted by Karl Wolfbrooks Ager at 11:55 PM No comments:

During one of our monthly blog post meetings, a co-VP, from one of our FSRI Consumer Foods Divisions, came up with a great, light-hearted way of showing what one-another eats here for lunch at the FSRI.  This was in the summer of 2007!  As luck would have it, the idea was awarded final approval yesterday.  Here's our introductory post:

Hey, ever been hungry for this?  It's miso, a Japanese soy-based soup with seaweed, tofu and green onion.  Tom from the FSRI Indonesian Marketing Division says this of his daily bowl of miso: 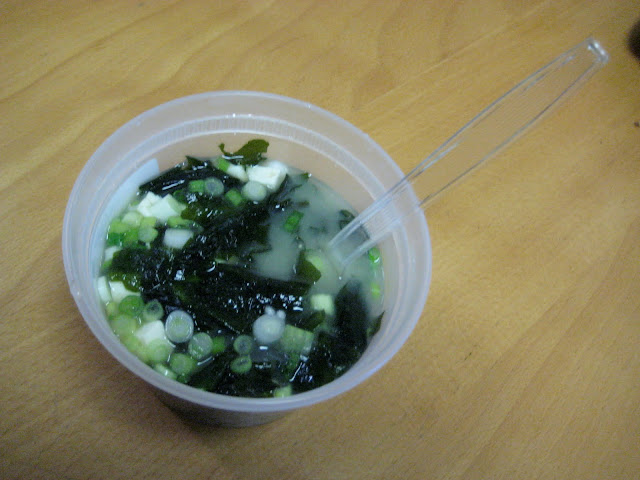 Posted by Karl Wolfbrooks Ager at 12:18 AM 2 comments: